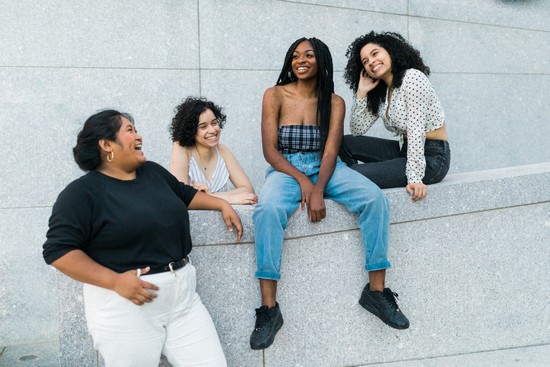 Can the future of multiculturalism be forecast from Hollywood cinema film trends? Is the secret to the survival of Indigenous cultures contained in the ethnic versatility of actors?

Through cinema, can we throw off the shackles of the race myth to ensure our cultural survival?

A person’s identity should be determined by their ethnicity, not by 18th century racial mythology. A lot of what people refer to as “racial” is in fact cultural. Really, physical characteristics do not come into it. We are starting to see this truth emerge in new millennium cinematic icons, to whom audiences are becoming increasingly attracted.

Film stars are now beginning to find the freedom to construct ethnicity in their dramatic roles according to cultural features rather than physical features. And so ethnically versatile actors are becoming increasingly popular.

A great example of this is Australian actress Leah Purcell. Her ethnicity is Indigenous, and she plays a lot of Aboriginal characters. However, she has also played parts where her ethnicity is more fluid and therefore unlabelled. For example, in “Lantana” she plays a detective – a powerful character whose cultural background is irrelevant to the plot, and therefore not mentioned. In other films, her Indigenous characteristics do not rely on stereotypical physical characteristics like dark skin or a flat nose, but instead are constructed around her Indigenous consciousness and presence.

In America, the same trend is emerging. The Rock, for example. He has played Egyptian, Samoan, African American, as well as the ethnically “neutral” non-regional characters that make up so many American films.

His female equivalent would be Jessica Alba, who has played non-regional blonde bimbos, African Americans, an Indonesian concubine, and an ethnically ambiguous killing machine of no fixed abode. She could even pass for Italian, especially with that surname. “Alba” in Italian means “dawn”, which seems to me to be an auspicious kind of a name, especially considering what she and other ethnically versatile actors are coming to represent. What she represents is a new dawn in cultural awareness, a pluralist global society in which the myth of race is buried, and finally forgotten.

In this new world, people will be free to construct their identities from a cultural rather than physical framework. People will be free to follow the culture of their ancestors without being marginalised or denied according to the irrational and unscientific criterion of racial classification.

For us, this will mean that our Indigenous cultures will survive as diverse ethnicities, rather than as a single “race” that is being “bred out” through genocidal patterns of assimilation from a bygone era.